<< Back to Press Releases

Harry was hired as NPWA’s very first employee in 1965. Eventually, Mr. Borchers moved into the role of executive manager of NPWA, and served in that role for 26 years until his retirement in 1991.

Harry is considered the “Founding Father” of the North Penn Water Authority, as he was in charge of managing all aspects of the water system’s operations, from the first day of its inception in 1965 with only a small handful of employees. His leadership was instrumental in dealing with significant challenges in the 1970s and 1980s, related to a limited water supply from groundwater wells that had difficulty keeping up with the growth occurring in our area. His vision of developing an abundant alternative supply of water came to fruition with the construction of the Point Pleasant Pumping Station and the Forest Park Water Treatment Plant, which treats surface water from Lake Galena.

Our entire region in Montgomery and Bucks Counties have been able to grow and flourish over the past 30 years, in large part because of the combined efforts of Harry, and his counterpart Pete Lukens, at the North Wales Water Authority, who partnered their organizations together to complete these vitally important projects that have ensured a high quality, safe, and abundant water supply for the residences and businesses in our area. We all owe a great deal of gratitude to Harry for his service and visionary leadership in our community. He will be greatly missed. 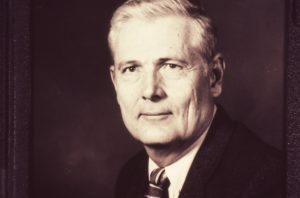 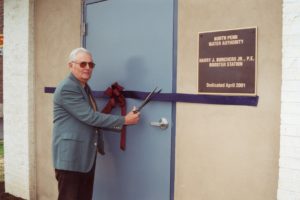 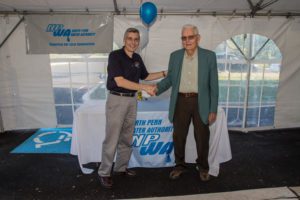